Everything that happens, happens somewhere. The question is, how do we define that “somewhere”? Do we say that we are p kilometres from the town hall in a q direction or x and y metres from selected lines of latitude and longitude respectively? The information defining the location or positioning of an activity, object or feature on the earth’s surface is known as its geospatial reference or geo-reference. The geo-reference defining position is generally given as a triplet set of ordinates commonly known as co-ordinates such as Latitude, Longitude and height referenced to a well defined origin. In the case of height this is normally mean sea level.

In classical surveying and geodesy, as the higher level of surveying is known, each country used to select its own origin as the reference point for its national co-ordinate system upon which all mapping, cadastral and engineering surveying and positioning was based. In general, such an arrangement worked well while working within the borders of a single country but did, and still does, create difficulties when undertaking regional development projects that cross the borders of neighbouring countries. More often than not, the co-ordinate systems of neighbouring countries are not based on the same origin thus creating an apparent displacement when comparing the position of the same feature based on the reference system country A against that of country B. In other words the same feature on the ground could have different co-ordinates depending on the reference system used to define those co-ordinates. Roads or railway lines depicted on the maps of neighbouring countries may not meet up when the maps are laid next to one another although the lines of Longitude and Latitude may match. In the case of heights the definition of mean sea level may differ from country to country resulting in the same feature having different heights depending on which origin is used for the height system. 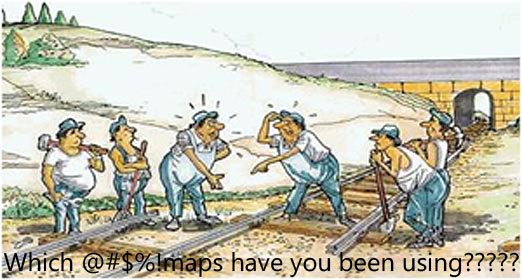 The delivery of services to people, households and businesses, the administration land rights and development permits and the development and maintenance of national and regional infrastructures for access to water, waste management, electricity, transport, schooling, health facilities, markets and security  all depend on reliable geospatial information.

A uniform coordinate reference frame is, therefore, fundamental to any national or regional development projects, applications, services or products that require some form of geo-referencing.  All countries in the world have established some form of geodetic reference frame which is  used for national surveying, mapping, remote sensing, Geographical Information Systems (GIS) and development programmes.  These strictly national reference frames are, however, inadequate for regional initiatives. With the national approach, boundaries between countries often conflict with each other, increasing the risk of conflicts and even war.  Projects, such as those relating to environmental management, transportation and trade are difficult, and sometimes impossible to plan and execute because the maps and other geographic information used are inconsistent and ambiguous.

The objectives set out by African Heads of Government in the New Partnership for Africa’s Development (NEPAD) cannot be achieved because the priority areas cannot be undertaken without adequate geographic information products.  The need to establish such a unified reference frame in each country and ultimately Africa is, therefore, urgent.

“A united and integrated Africa; an Africa imbued with the ideals of justice and peace; an inter-dependent and robust Africa determined to map for itself an ambitious strategy; an Africa underpinned by political ,economic, social and cultural integration which would restore to Pan-Africanism its full meaning; an Africa able to make the best of its human and material resources, and keen to ensure the progress and prosperity of its citizens by taking advantage of the opportunities offered by a globalized world; an Africa capable of promoting its values in a world rich in its disparities.”

This ambition was drafted into the following vision namely to:

“build an integrated Africa, a prosperous and peaceful Africa, driven by its own citizens and representing a dynamic force in the international arena”.

In setting out to achieve the above ambition and vision, the Commission of the African Union (AUC) set out a number of priority programmes in its 2004-2007 Strategic Plan. Of significant importance towards achieving at least two of these programmes is a modern uniform co-ordinate reference frame which must be used to unambiguously locate features or details. Two examples of the priority programmes which will require unambiguous geo-referenced information are:

Within this programme a 10 year border management activity has been identified which will include the conciliation and arbitration of borders. A common co-ordinate reference frame between two or more neighbouring countries is essential for the unambiguous definition of borders and the quick resolution of disputes.

A number of activities or projects have been identified within this programme and involve two or more countries through the building of long distance railway lines such as Cape-to-Cairo or Transmaghreb railway lines, the construction of inter-State bridges across major rivers such as the Congo and Rovuma Rivers or the Algiers-Nigeria pipeline project. Once again, the use of a common co-ordinate reference frame is an essential component to ensure the efficient and successful completion of such projects.

The African Geodetic Reference Frame Project
The African Geodetic Reference Frame (AFREF) was therefore, conceived to unify the geodetic reference frames of the 50 plus countries in Africa. The generally accepted international standard reference frame in use today is the International Terrestrial Reference Frame (ITRF) and, once complete, AFREF will be fully consistent and homogeneous with the ITRF which will be the fundamental basis for the national and regional three-dimensional reference networks. When fully implemented, its backbone will consist of a network of continuous, permanent Global Positioning System (GPS) stations such that a user anywhere in Africa would have free access to the data collected at these stations and would be at most 1000km from such stations. Full implementation of AFREF will include a unified height datum for Africa.

Modern surveying and geodesy has benefitted enormously from the introduction of the GPS which is one of currently four similar systems which are generically known as Global Navigation Satellite Systems (GNSS). Apart from GPS, GNSS includes the fully operational Russian GLONASS, the European Galileo and Chinese Compass/Beidou systems. The latter two systems are in early stages of development. It is now possible to survey and map across vast areas with incredible accuracy. Given the right conditions, equipment and data processing methods, accuracies of less than a few centimeters over a few hundred kilometres can be achieved on a regular basis. The co-ordinate reference frame of the GNSS can be referred to the ITRF making it an ideal reference frame for AFREF.

Given the importance that the AUC has given to the priority programmes and the dependence on an unambiguous co-ordinate reference frame of these and many other programmes, projects, products and services requiring geospatial information, the AFREF project must be seen as an early deliverable in achieving the ambitions and vision of AUC and of sub-regional inter-governmental organizations and National governments.

The Formal Objectives of AFREF

The formal objectives of AFREF were first drawn up in 2002 and have changed little over the past few years and are to:

define the continental reference system of Africa. Establish and maintain a unified geodetic reference network as the fundamental basis for the national 3-d reference networks fully consistent and homogeneous with the global reference frame of the ITRF;
realize a unified vertical datum and support efforts to establish a precise African geoid, in concert with the African Geoid project activities;
establish continuous, permanent GNSS stations such that each nation or each user has free access to, and is, at most, 1000km from such stations;
determine the relationship between the existing national reference frame or frames and the ITRF to preserve the legacy geospatial data and information based on the existing reference frame:
provide a sustainable development environment for technology transfer, so that these activities will enhance the national networks, and numerous applications, with readily available technology; and
assist in establishing in-country expertise for the implementation, operation, processing and analysis of modern geodetic techniques, primarily GNSS.

GNSS can also be used to monitor ionospheric activity and detect high levels of such activity which can have an impact on radio communications and power transmission.

The foundation upon which any mapping, geographical information system, services, projects or development projects that requires some form of unambiguous geo-referencing is undoubtedly a sound uniform co-ordinate reference frame. This is important at the national level and even more so for project services and products at the continental or sub-regional level. The African Geodetic Reference Frame (AFREF) is then a project to unify and modernize the current reference national reference frame to create a uniform reference frame for Africa. The fundamental infrastructure on which this is to be done is a network of permanent GNSS base stations which besides providing a set of fiducial stations for AFREF can also be used for geologic activity, meteorology and space weather (ionosphere) monitoring.